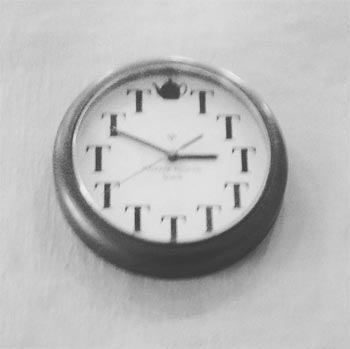 Could Tea be the Heatlhiest drink on Earth?

I love it when it’s T o’clock!

The power of a cuppa tea is recognised in many cultures from the Brits to the Chinese, Japanese and Indians. Could our stresses and struggles be soothed by simply supping on a wee cup of tea?

Tea comes in all varieties, black, white, green, herbal, spicy and floral. Pretty much something for every palate – just add hot water and ahhhhhhhh no tension.

Workers in the service industry love to receive a tip. It’s a sign of appreciation for their efforts. The concept, I’m told, derives from the world of tea. To ensure prompt service in colonial India a wooden box was placed at each table.  If the customer placed money in the box on ordering their chosen pot of tea, they’d get their tea pronto – piping hot and the server claimed the cash. No money in the box and you would be served without priority a pot of lukewarm tea.

2. It’s worth fighting for

The first opium war (1839-1842) between UK and China was actually largely about Tea. At that time, China was the worlds main tea producer. The Brits were already mad into drinking tea and were spending fortunes on buying it in from China. Since the Brits had nothing else to offer in trade with China their silver supplies were lining the chinese pockets.

In order to reverse the flow of silver from China, the British East India Trading co grew opium on its plantations and made illegal sales to China thus recouping their silver to spend on more tea. China wasn’t chuffed with this outflow of silver and its doped up population and so the first opium war began. China was defeated and was forced to agree to UK tea trading privileges which turned into a 25 year UK monopoly of China’s tea trade.

Later the Brits decided to grow their own tea in India instead.

India is now one of the largest tea producers in the world. (This is a lose recount of history and may not be entirely accurate – do your own research to gain a detailed understanding if you’re that way inclined).

In balanced consumption could a quality cuppa be the healthiest naturally occurring drink known to man? check this out:

Natural Flouride content – great for teeth and the prevention of cavities (1 cuppa green tea/1.5 cups of black tea a day are reported to offer enough flouride to prevent cavities)

Vitimine B complex – helps with the metabolism and moisturisation of skin

Polysaccarides to lower blood sugar and protect cells from free radicals which cause aging and chronic degenerative diseases like arthritis, cancer and heart disease